Mark Herbert is President and Chief Operating Officer of Atlanta-based incentives company Incentive Solutions. His path into the role of President and partner at the thriving company was lined with well-timed choices, foresight and good fortune. Together with CEO Steve Damerow, Herbert helps lead the company with a forward-thinking and all-inclusive approach that has proven to be very successful.

The relationship between Herbert and Damerow goes back over 20 years of mutual involvement in the incentive industry. Herbert was Vice President of Incentives and Technology for WorldTravel Meetings & Incentives, while Damerow had founded his company Incentive Solutions in 1994. Herbert, once he settled in Atlanta, occasionally lunched with Damerow, catching up and sharing industry ideas. It was in 2002 that Damerow invited Herbert to join the company. “When I agreed to be part of Incentive Solutions’ leadership,” Herbert says, “it was a combination of persuasion and the right timing.” After years of lively discussions and debates, Damerow trusted Herbert to help him manage his company and Herbert was enthusiastic to join an organization rising through the ranks.

Their complementary strengths helped Herbert and Damerow balance their differences into well-rounded leadership. “I have a more operational mind,” Herbert says, “and Steve’s is more sales-oriented.” While Damerow focuses on emerging industry trends and business development, Herbert’s talent is in overseeing management and day-to-day operations.

Damerow’s approach toward the incentive business is shaped by his experiences upon first entering the industry in the early 1980s. “Back then,” he says, “it was a boy’s club, a fraternity of middle-aged white men selling to other middle-aged white men. These days, buyers are more diverse. They don’t want you to take them to lunch. They’re informed decision-makers.” Having better understanding of his clients and more to offer than his competitors are key factors in Damerow’s drive. He is attuned to changes in the marketplace and inspired by newly emerging attitudes in his client-base. His current focus, for instance, is on mobile app capabilities as the newest phase in incentive technology.

In contrast, Herbert is a more people-oriented leader, heavily involved in his management teams’ daily challenges. His experience streamlining procedures has equipped him to turn innovative ideas into reality, while his background in operation overseeing makes him a collaborator and advocate for his teams. “It’s hard to talk about personal motivations without bringing ego into the picture,” he says modestly in discussing his successes. “I believe in the ‘we’ approach, not the ‘I’ approach.”

Herbert is also known to make time for philanthropist endeavors outside the office. He is part of the Distinguished Clown Corps, a group of Atlanta executives who visit Children's Healthcare of Atlanta facilities and attend local parades to bring children gifts and cheer.

Incentive Solutions continued growing throughout the 2000s due to Damerow’s drive to blaze big-picture industry trails and Herbert’s ability to operate all the tasks leading to those accomplishments. By 2006, the company switched from a focus on debit card programs to a configurable online reward program with millions of merchandise, travel, and event rewards to offer participants. Damerow’s vision allowed Incentive Solutions to take full advantage of the online revolution.

Their success with online program technology led Incentive Solutions’ leaders to expand the company in 2009. That year, the two decided to acquire an established incentive company, Loyaltyworks, which had been in the business for over 30 years. Damerow and Herbert had originally gone to Loyaltyworks with plans to provide them with an online reward platform, RewardTrax, which used technology developed by another company of Damerow’s, Performance Systems Group. In the course of meetings, however, Loyaltyworks expressed interest in acquisition. Herbert and Damerow recognized an excellent opportunity in the merger.

“Most people lose money in mergers,” Damerow says, “but we were successful in integrating Loyaltyworks and updating them to our incentive technology model. We never lost money and we’ve never been in debt.”

Damerow and Herbert both look forward to consolidation in the future, but they apply careful foresight to any possibilities. “We’re profit-focused, not revenue-focused,” Herbert explains. “Some companies will do anything for revenue, but I’d rather be profitable than big.” 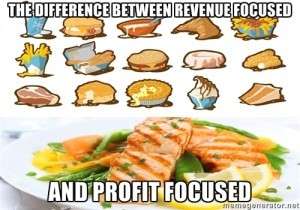 After acquiring Loyaltyworks, Incentive Solutions created another successful company in 2012, Travel Solutions. Shortly after, they established a corporate collective for the companies under their management: The ISI Group. Steve Damerow and Mark Herbert secured a balanced and fruitful future for their company when they partnered in 2002. Their motivations are not only well-matched to their chosen industry but to one another’s vision, as well.