• According to the World Health Organization, men and women who are healthy at 60 will, on average, be physically capable of working until they are 74 and 77, respectively. Combine these statistics and the newest employees entering the workforce might not be joining their parents or grandparents, they might be joining their great-grandparents.

This translates into a social phenomenon not yet witnessed: five generations are about to be working side by side.

Millennials in the Workplace

•  Millennials are the fastest-growing generation in the U.S. workforce. The same is true in most countries around the world.

•  Young people, blacks, Hispanics, the highly educated and those with a higher annual household income are more likely to use social networking sites on their phones than other groups. 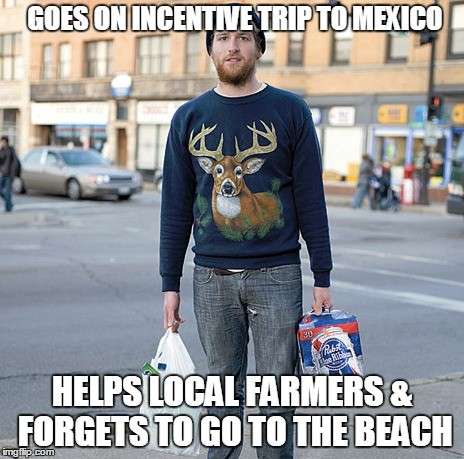 Millennials Are Getting Something Very Right About Money And Happiness

•  Since 1987, the portion of US consumer spending devoted to experiences and events has increased by 70%

•  72% of millennials would like to increase their spending on experiences

•  69% say that their experiences make them feel more connected to their communities, other people, and the world

How Gen Y & Boomers Will Reshape Your Agenda

•  47% of Ys say it’s important that the company they work for offer sabbatical leaves—that such perks boost commitment and performance.

•  Gen Ys and Boomers also share a heightened sense of obligation to make a positive contribution to society and to the health of the planet. Respectively, 86% and 85% say it’s important that their work involve “giving back.”

•  People in their thirties and early forties are 10% less likely than twenty-somethings to find [“giving back”] important.

• Millennials are the most racially diverse generation in American history

• “...as a generation, they [Millennials] have faced substantial challenges in entering the workforce during the most pronounced downturn since the Great Recession.” - The Council of Economic Advisors to the White House, 2014

• Donald Tapscott, Author of Growing Up Digital (1999) and Grown Up Digital (2008) says: “I came to the conclusion that the defining characteristic of an entire generation was that they were the first to be ‘growing up digital.’”14 “For them, technology is like air, necessary but invisible. They can't imagine living without it. Their continual connection to others worldwide has produced the first truly global generation. [Moreover] immigration to the U.S. has made Net Geners [Millennials] increasingly multiracial and tolerant.”

• The public backlash reached a boiling point in October 2008 when executives at insurance giant AIG spent more than $400,000 for a trip to the luxurious St. Regis in Monarch Beach, Calif., a week after the firm received an $85 billion bailout from taxpayers.

• "The reality is, [travel incentives are] back because these programs work, especially in decentralized organizations," says Melissa Van Dyke, president of the Incentive Research Foundation.

• At Atlantis Paradise Island in the Bahamas, group sales are about 20% higher than a year ago, and incentive meetings comprise about 65% of all group sales at the resort. Sales will increase again in 2012, says Mark Benson, the resort's vice president of group sales. "Incentive travel is showing the fastest rate of growth in all group business," Benson says, adding that the resort sold about 200,000 group room nights this year vs. 146,000 a year ago.

• The Incentive Research Foundation has found that spending now averages about $2,500 a person, and 67% of trips include some type of meeting or business aspect.

• The backlash has eased, and industries have started to take the clamps off incentive travel. "If we had to put a score on it, it's probably 85% to 90% back," says David Peckinpaugh, president of Maritz Travel, a meeting management company.

We can't wait to be friends