Facts You Need to Know to Run an Online Rewards Program

Reward Programs: What Works and What Needs to be Improved 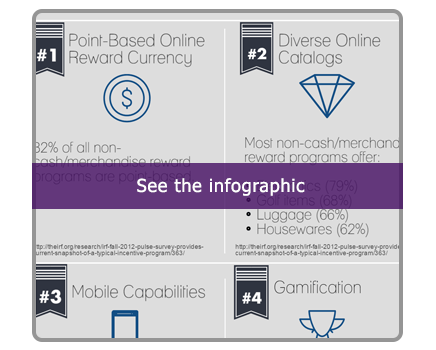 Effort for Payment: A Tale of Two Markets

Ten Trends for Merchandise and Gift Card Programs in 2015

A Comprehensive List of 90+ Gamification Cases with ROI Stats