The Society for Incentive Travel Excellence, known as SITE for short, is a professional association of incentive travel companies, agencies, airlines, cruise companies, and other travel vendors. SITE is dedicated to research, education, and advocacy on behalf of the incentive travel industry.

This past year marked Incentive Solutions President and CEO Mark Herbert’s 15th year as a member of the Society for Incentive Travel Excellence. He joined SITE in 2004, shortly after joining Incentive Solutions. In honor of this milestone, SITE featured a profile of Mark Herbert on their website. Below are several excerpts from the article:

How Did Mark Herbert Get His Start in the Incentive Travel Industry?

“From my mom, I learned work ethic – you’re never really off the job when you’re onsite. My dad managed more of the sales side of things. My biggest take away from him was to never take no for an answer.”

Throughout high school and college, Mark Herbert helped with his parents’ travel company. In June of 1984, Mark Herbert got his very first job as a trip director. He continued to do freelance tour-guiding during his time at Bentley College, where he pursued a B.S. in Business Management. He planned on helping to grow his parents’ business when he graduated. But the economic pullback of the late 80s forced his parents to file for bankruptcy, and Mark Herbert was forced to find his own way in the incentive industry.

Luckily, Mark Herbert has no shortage of great mentors. In addition to his parents, Mark had the chance to work for the Richard Ross, Penny Wing, and other figures in the incentive industry.

Why Did Mark Choose the Incentive Industry?

Mark Herbert always knew that he wanted to work in the incentive industry. “One of my biggest passions is helping people meet their goals and grow – both with clients and employees.” His biggest source of pride in his career, so far, has been assembling the team at Incentive Solutions and having had the opportunity to watch them grow over the past 17 years.

Mark Herbert Shares His Most Memorable Incentive Travel Experience with

One of the highlights of Mark Herbert’s profile in SITE was his description of his most memorable incentive travel experiences, from a tour of Berlin and Munich he directed in 1986:

“There was so much tension at the time – just being in West Berlin and knowing what was outside the wall. West Berlin was an entirely walled city. Everything inside the walls was free. Everything outside was not. One day, we even went through Checkpoint Charlie, the U.S. gate that went into East Berlin – with U.S. Marines on the west and Russian guards on the east. The feelings people had when we got back into West Berlin, and back to freedom, were indescribable.”

To learn more about Mark Herbert, as well as SITE, check out the article! In it, you’ll learn tidbits like Mark Herbert’s favorite movie, his favorite meal, and who he would invite to dinner if he could invite any five guests. And, of course, if you need help planning your next incentive travel adventure, hit us up!

Team up with a trusted advisor for your incentive travel! 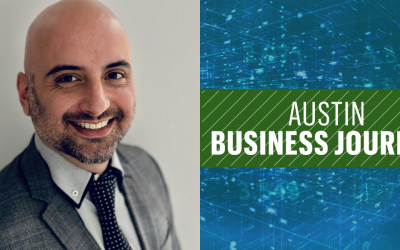