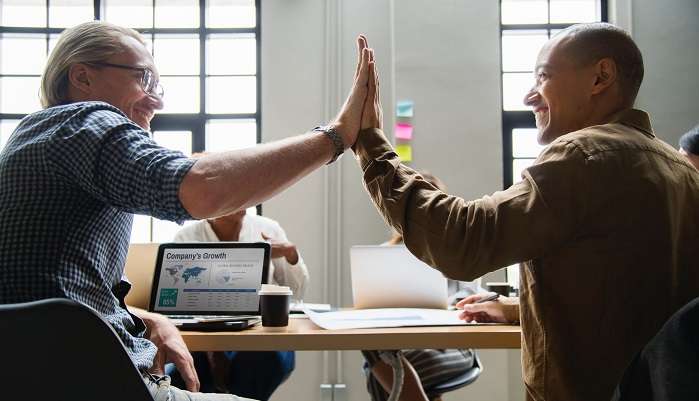 MetLife, a leading insurance, annuities, and worker benefit plans provider, recently published its 9th Annual Study of Employee Benefits Trends. The findings were not too promising in regard to employee loyalty; one-third of employees intend to jump ship and look for new jobs during over the next year.

Less than half (47 percent) of the employee respondents cited that they had strong feelings of loyalty to their employer; this showed a 12 percent decrease from the 2008 findings. On the flip side, based on the employer feedback, the findings showed that business owners believe about half of their employees have strong feelings of loyalty to them.

Those workers who cited being highly satisfied with their work related benefits were found to be three times more likely to feel loyalty to their employers, compared to the workers who responded they were dissatisfied with their workplace benefits. In all, 64 percent of employee respondents indicated that retirement benefits were a strong loyalty motivator. Interestingly, only 38 percent of the employer respondents saw it as a loyalty driver. Employers seem to be misreading their employee’s needs and desires, possibly fueling the lower loyalty rates.

MetLife’s executive vice president of U.S. business Anthony J. Nugent said, “Worker loyalty has been slowly ebbing over the last several years, and it is important that employers take action to turn the tide around.” He added, “There is no doubt that the rebounding economy will bring more opportunities for employees, especially the high performers.”

Along with the above findings, the survey demonstrated that employees would appreciate retirement planning, life insurance, and other non-medical benefits. Over 50 percent of them are dissatisfied with their present benefits package.

The generation gap also played a factor in the survey’s results. The younger workers were more interested in being provided benefits information and communications through mobile devices and social networking. The older workers were not as interested in this communication format, only one in ten preferred it. But on a whole, just about 50 percent of the workers surveyed wanted the information available online.

More and more businesses are offering wellness programs. Statistically, 72 percent of businesses with 500+ workers are now on board. This reflects an 11 percent increase from the prior year. And, just about 75 percent of the employer respondents cited that these programs were an effective strategy to help cut healthcare costs.

Texas A&M University conducted its own study which revealed that in addition to reducing healthcare costs, wellness programs enhance employee morale and productivity.