The Story of
Incentive Solutions

Where we started, how we’ve changed over the years, and where we’re headed!

Want to learn more? Reach out! 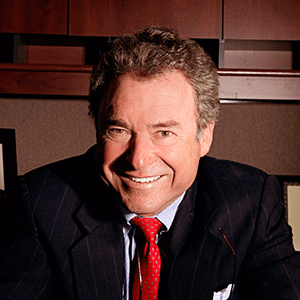 Incentive Solutions was founded in Atlanta by Steve Damerow in 1994. A veteran and a maverick of the incentives industry, Damerow was seen as a clients’ man. His willingness to put his clients first put him on the wrong side of the industry giants at the time. In the 1990s, most incentive companies focused on building strong, impenetrable relationships with their vendors, often at the expense of their clients.

Discontent with the status quo in the incentive industry, Damerow began looking for a new, more effective way to use incentives to motivate his clients’ target audience. He spent months researching technological trends, cultural shifts in the workplace, and the science of motivation, and campaigned tirelessly for tiered rewards and client-centric policies.

In the end, Steve Damerow was forced to choose between what his clients needed and what the large, influential incentive company that he worked for was willing to offer them. Damerow chose his clients. Fortunately, he was fired, giving him the opportunity to put his ideas into action.

A New Way to Drive Business

Steve Damerow, despite having a wife and two small children at home, began doing consulting work for his clients while saving money to fund his dream of starting his own incentive company.

He realized that dream in 1994 with Incentive Solutions. Able to build his vision from the ground up, Steve Damerow built an incentive company that focused on its clients’ growth as much as its own. Beginning as a client-friendly incentive travel company, Damerow added debit card rewards to his company’s offerings a few years after opening, and he proudly maintains we were the first incentive company to do so.

But he didn’t have the tools he needed to revolutionize the incentive industry, yet.

Rolling the Dice: An Investment in Technology

Steve Damerow imagined an online reward platform, one that included better merchandise. But more than just that, he wanted to transform the way companies thought of incentives. Damerow believed that incentives could be used as a complete sales and marketing tool—one that was able to track growth, measure ROI, and provide valuable data to businesses. One that could integrate with the fast-growing CRM systems and mobile applications that were beginning to hit the market.

Unfortunately, the kind of technology Damerow imagined didn’t exist yet, and his cash-strapped startup didn’t have the overhead to build it out.

However, the help of an old friend in the early 2000’s turned the tide.

Steve Damerow and Mark Herbert had known each other for years. Although divided by geography—with Steve in Atlanta and Mark in San Diego—their paths continued to cross over the years. The incentive industry in the 1990’s was close-knit, and as industry heavyweights, they’d meet at conventions and summits. From their shared passion for the future of the incentive industry, a friendship formed.

When Mark Herbert relocated to Atlanta in the late 90’s, the two met frequently for lunch. Damerow tried relentlessly to recruit Mark to join him at Incentive Solutions. But Mark Herbert, a family man himself with a newborn daughter at home, was reluctant to leave his position as Vice President at WorldTravel Meetings & Incentives to join a small startup.

Making the Leap: A Valuable Partnership

Still, Damerow was relentless. Eventually he offered Mark Herbert a stake in the company. Mark joined the company as President and COO in 2002. It was an offer Mark couldn’t refuse.

Mark’s impact was immediate. By focusing on ROI and structuring incentive travel programs to accomplish specific goals for our clients, Mark Herbert was able to increase revenue for the incentive travel department 1000% by the mid-2000’s.

However, Damerow and Mark were still committed to positioning Incentive Solutions at the forefront of incentive tech development. With Damerow’s vision and Mark Herbert’s ability to execute, all they needed was the right software developer. Luckily, Mark Herbert knew just the man for the job. In 2004, he brought innovative software developer Kelly Held on board. Together, the trio began development on the online incentive technology platforms we use today.

Our proprietary incentive software platform launched for prepaid card programs in 2005. The next year, the platform was expanded to include point-based reward programs.

The platform was an immediate success and provided the foundation for Incentive Solutions’ ever-improving incentive software.

Staying a Step Ahead of the Competition

In 2008, Incentive Solutions began adding a suite of preprogrammed, fully configurable software modules that enable an incentive program to act as a full-fledged marketing tool, finally realizing Damerow’s vision from all those years ago. The next year, Incentive Solutions acquired LoyaltyWorks, a well-known, incentive giant at a recession-era bargain, further bolstering what we could offer our clients and adding valuable industry talent.

Technologically, Incentive Solutions continued to stay a step ahead of the competition, introducing a mobile app in 2014 and ROI and analytics processes in 2015. In 2017, we introduced Administrator Dashboards, CRM Integration, and gamification elements like an interactive Leaderboard.

Incentive Solutions continues to offer system-wide updates and enhancements, as well as custom program design, according to the needs of our clients. 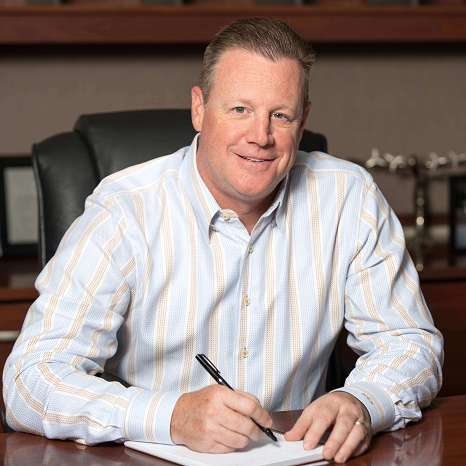 Steve Damerow stepped down as CEO of Incentive Solutions in the spring of 2018. He still serves as a member of the board.

His spirit still lives on at Incentive Solutions: A focus on innovation. A willingness to challenge the status quo. A dedication to providing our clients with a true strategic partnership and to act as their trusted advisors. A promise to generate ROI for the incentive programs we implement and to back all of our decisions with data, analytics, and informed anticipation of the market. A commitment to growth. All of these qualities remain deeply embedded in the DNA of Incentive Solutions.

When Damerow stepped down as CEO, his successor was an obvious choice: Mark Herbert became President and CEO in June of 2018. (The announcement was a crowd-pleaser at Incentive Solutions.)

A Commitment to Growth

Mark Herbert has been instrumental in many of Incentive Solutions’ biggest moves over the last 17 years—and brings an expertise of the strategic implementation of incentives and business operations, as well as extensive knowledge of the various industries of the companies we partner with. Incentive Solutions’ incentive technology, which has enabled us to contribute to the growth of so many clients, would’ve never been possible without his guidance.

Mark Herbert’s investment in the growth of his coworkers has also paid off. When he assembled his leadership team, Mark Herbert was able to surround himself with people who he has mentored over the years and who have grown alongside him during their time at Incentive Solutions. Backed by a partnership with The CapStreet Group, a Houston based private equity firm, Mark Herbert has Incentive Solutions positioned like never before to help our partners achieve growth.

While we are proud of our past, we’re even more excited about our future. Stay tuned as we continue to update our story. Mark Herbert is focused on driving the incentive industry forward, and we at ISI are just getting started.