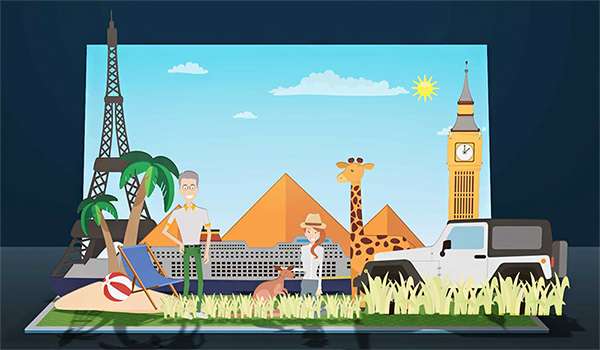 The travel incentive industry is showing improvement, reports The New York Times. After the 2008 AIG fiasco companies are now steadily increasing the use of travel incentive to engage and motivate workers. Backing this statement is a study conducted by Incentive Magazine which demonstrates the current industry trends. Apparently the hot travel destinations include big city adventures and ‘sun and beach’ getaways.

President of the Incentive Marketing Association’s Incentive Travel Council and director of marketing for Maritz Travel Jim Ruszala reports, “Lots of organizations became their own control group when they postponed incentive travel programs," according to the magazine. He added, “They found the business objectives didn’t go away, but the strategies that helped support and achieve those business objectives did."

Much of the country’s snowy and cold winter weather might be a contributing factor in the trendy warmer climate destinations such as Mexico, southern and coastal California, and Arizona. And, the boost in family oriented incentives has created an increase in destinations such as Florida’s Orlando. A number of employees who receive the family oriented rewards lengthen their trips into fun-filled vacations.

Another destination to make a comeback is Las Vegas, notes Ruszala. Of Maritz Travel clients that had stopped or limited travel incentive programs, close to 100 percent are back. Hawaii is also an increasingly desirable trip, but the expense of airfare still puts a damper on this reward, although hotel rates are now low enough to put the option back on the table for some companies.

In regard to energetic big city trips, heading to New York City is on the rise. President and CEO of Dallas based Sunbelt Motivation and Travel Bill Boyd told the magazine, “There’s just so much to do in and around the city. People love to go to New York for Broadway, for shopping, for fine restaurants, and they really do get motivated."

New Orleans is yet another trendy incentive, notes executive vice president and COO of United Incentives Jeff Broudy, “We saw the number choosing New Orleans jump this year," he told the magazine. "It's gotten a lot of positive press, and people feel good about going back."

Keeping travel domestic, Washington, DC and San Francisco are trendy destinations. For international travel incentives, Mexico and the Caribbean top the list. Puerto Rico and the U.S. Virgin Islands are hot destinations for those who don’t have passports but want to travel beyond the U.S. borders.